Here are the things piquing my interest on this Peak of the Week/ Peak of the Month! I’ve started only doing my round up post once a month! I kind of miss it so I may go back to doing it weekly in 2022, but for now it will be monthly. I’ve had a lot on my mind so here is my brain dump of some of those things!!

Snow!! We haven’t had any real amount of snow yet this year so it’s certainly on my mind. I never thought I would miss it, but I have this year!! I’ll be sharing some favorite snow pictures from years past to hopefully prompt Mother Nature to give us some!!

120 Year Old Book Being Restored– This article contains a video showing the process of restoring an old book. As a former librarian and book a book lover, I was enthralled with this!

Bill Gates Reflects On His Divorce, Being Alone During Covid And The ‘Most Difficult’ Year Of His Life– Bill Gates speaks of how his personal world has never felt smaller since his kids have all left home. I know so many of us can certainly relate to that!

Here are the Biggest Fiction Bestsellers of the Last 100 Years– I am selfishly sharing this so I have it someplace to reference back to it! It is literally a list of most popular books by year for the past 100 years. OK I’m in!! Maybe read a book from each year?

Game Of Throne’s Author’s New Railroad- George RR Martin lives in Santa Fe. He bought a train last year, and it is up and running!!

What We’ve Been Watching

And Just Like That- Sex and the City Reboot- I was never a Sex and the City watcher. I’ve seen some episodes, but have always thought it pushed the envelope a bit too much for my taste. That said, I do know the characters and have probably watched more episodes than I think I have!

What I started reading and hearing about the reboot and this big death that takes place on all the widow blogs I still read, I knew that I wanted to see it. Dr. T agreed to watch it with me although I think this is the first time he’s ever seen anything to do with the show.

I did like it, and like all widows, it did hit home with me. My daughter said she cried through much of the first two episodes!! Who cares how these women have aged or what work they’ve had done? It does show how much our girlfriends can help us during a crisis!!

Maid– on Netflix Oh my goodness!! We didn’t know if we could watch anymore after the first episode, but we did get invested in the main character and so we have seen it through. Such dysfunction which was very disturbing for us to watch and we have definitely had some good conversations about families, how we both want to give for women’s shelters etc!!

The Beatles- Get Back– OMG!! We have loved this on Disney+. This show is video from 1969 when a film crew followed the Beatles around. To see them during the writing process on some of their biggest hits has been fascinating!! I’m so surprised at the quality of the film. It looks like it was filmed today!! I’m a huge Beatles fan. I’ve loved it!!

What I’ve Been Reading

The Santa Suit– I love to read Mary Kay Andrews. This was such a fun escape!!

End of Days- The Assassination of John F Kennedy– This book was amazing. I learned so much. I’ve read many books about the Kennedy family and especially love to read about Jackie O, but this was just about the assassination. Did you know that Oswald had attempted to assassinate a retired Army Officer months before he killed Kennedy? You will learn much more than this if you read the book!!

Republican Rescue– I’ve always liked Chris Christie. I feel like he is a straight shooter. This is his account of what happened during Trump’s reelection. He also takes each conspiracy theory about the election and disproves it which I really appreciated!

Peril– I read Bob Woodward’s account of Watergate, All The President’s Men, when I was in high school and was hooked. Peril is written about the campaign and Biden’s first year in office. Trump gave an interview for all the books he has written.

What I’m Concentrating On

Thinking of how to declutter my home and have a simple winter décor when the Christmas decorations come down!

I’m really concentrating on how I am going to structure my time in the new year. I have so many plans, and I want to make sure that I am self-disciplined and not utter chaos like I feel my mind is so much!! Structuring time to write, read, and work on so many things that I want to accomplish!

How about you? Have you thought about what you want to concentrate on in the new year? I’d love to hear!!

Past Posts From Now Choose Life

Dealing With Hardships During The Holidays- living with the unimaginable 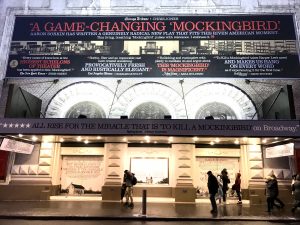 Hello and Happy New Year! I’m continuing only doing my Peak of the Week- Things Piquing My Interest once a month in order to free up some time to devote my energy to other things. This post is one of my favorites! For one thing, it helps me keep track of what I like and […] 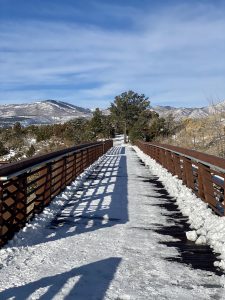 My Word For 2022 For the past couple of months I’ve been thinking about a word, an intention, and a new practice for 2022. I didn’t think about them all at once, I thought about them at different times. Ideas came as I read or heard other peoples’ ideas about the new year. I came […] 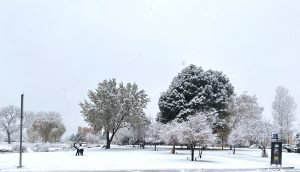 Here are the things piquing my interest on this Peak of the Week/ Peak of the Month! I’ve started only doing my round up post once a month! I kind of miss it so I may go back to doing it weekly in 2022, but for now it will be monthly. I’ve had a lot […] 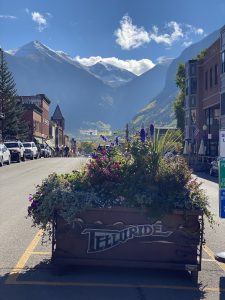 Here’s my last installment in my Affordable Colorado series. I’ve saved the best for last with Telluride. It might be the time of year that we went. The leaves were at their height of beauty. Maybe it’s that I loved the Telluride vibe. No chichi vibe like Aspen or Vail. Just beauty. You don’t need […] 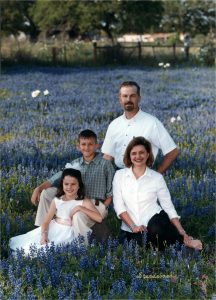 Life After Loss- 10 Years Today is my late husband’s birthday. He would have been 60 years old. I remember so vividly when he turned 50 because that was the last birthday that we got to spend with each other. He died five months later. We celebrated him turning 50 BIG. We went to Las […]