I like to give people a glimpse of my Life After Loss. Even after 8 years from the death of my first husband. We still revisit our grief. I’ve learned so much from grief. I think many of you can relate to this Life After Loss story.

Life After Loss- A Glimpse

I just finished putting together the 2020 Family Calendar. This calendar is probably the most significant family tradition that we have. 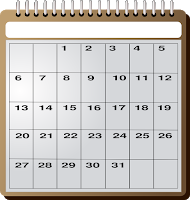 It all started when the kids were little. R and I had a friend whose niece always made a handmade calendar for him. I decided to do the same for my parents. I had to make sure that I got double prints when I had pictures developed!!! Each year before Christmas, my sister sent me six of her favorite photos from the previous year. I used the computer to print out the next year’s calendar and glued each month with a picture on top of a piece of construction paper. It was held together with yarn through holes at the top. My parents loved it.

Over time the tradition grew. It soon became the reality that I had to start the calendar weeks in advance. I had to give Walmart at least 21 days to get each calendar made. Since I could order it through Walmart, I also started getting one for my sister and me. Life got crazy at times, and my sister took over the making of the calendar for many years. We couldn’t bear to miss a year!!

Soon my kids and my nephews became old enough that they all wanted a calendar of their own. It became a joke in the family as to which pictures were “calendar worthy.” This calendar is so important to my kids and nephews that my daughter even took up the making of the calendar a few years ago when life was just too stressful for my sister or me to get it done!! Thanks, Molls!! 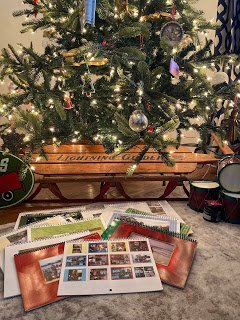 I have saved every single calendar that I’ve ever gotten. When I helped my parents clean out their antique store a couple of years ago, I found that they, too, have saved every calendar. I regret not taking some pictures of those construction paper ones!!

What I’ve Learned From Grief

I sat down immediately to look through that 2012 calendar. My heart sank as I saw his handwriting on so many of those squares. All of the plans we had for that year laid out before me on those pages… medical tests his dad was having done, the kids’ dates for finals at college, our anniversary trip to San Antonio, our daughter leaving for her study abroad in Spain, the date we were going to meet her in Europe—- so many plans that we both had.

Life after loss teaches us that our plans don’t matter.

If you need to finalize a plan of your faith; finalize what you believe to be true about God; finalize in your mind what Jesus Christ means in your life- you better get it marked down on one of those squares in January.

You do not know what this next year is going to bring. What are you waiting for?

Life After Loss- A Glimpse- Losing A Family Pet

Here is another post from my Life After Loss Series